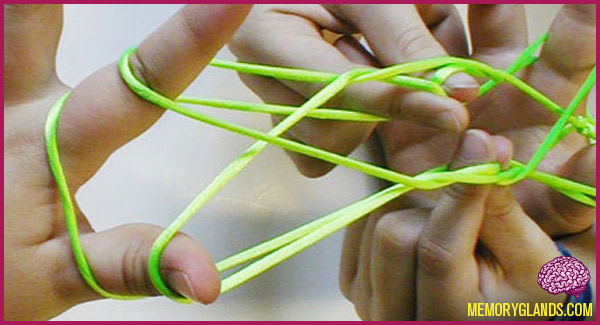 Cat’s cradle is a well known series of string figures created between two people as a game. The name of the entire game, the specific figures, their order, and the names of the figures vary. Versions of this game have been found in indigenous cultures all over the world—from the Arctic to the Equatorial zones. In some regions of the US, this game is also known as Jack in the Pulpit.