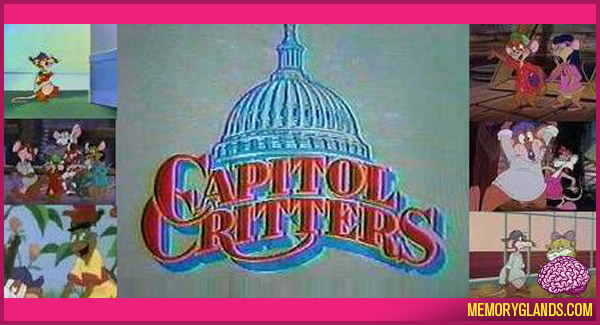 Capitol Critters is an animated television series about the lives of mice, rats, and roaches who reside in the basement and walls of the White House in Washington, D.C. The series was produced by Steven Bochco Productions and Hanna-Barbera Productions in association with 20th Century Fox Television for the ABC Television Network, which aired seven out of the show’s 13 episodes from January 31, 1992 to April 17, 1992. Cartoon Network began airing all 13 episodes in 1995.

The series was part of a spate of attempts by major networks to develop prime time animated shows to compete with the surprise success of Fox’s The Simpsons (also produced by 20th Century Fox Television), alongside CBS’s Fish Police and Family Dog. All three were canceled in their first season as they were not successful.