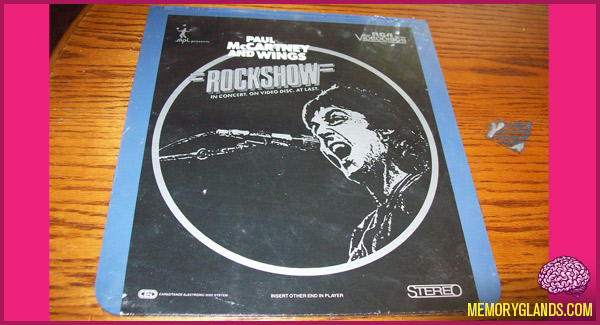 The Capacitance Electronic Disc (CED) was an analog video disc playback system developed by RCA, in which video and audio could be played back on a TV set using a special needle and high-density groove system similar to phonograph records.

First conceived in 1964, the CED system was widely seen as a technological success which was able to increase the density of a long-playing record by two orders of magnitude. Despite this achievement, the CED system fell victim to poor planning, conflicts within RCA, and technical difficulties that stalled production of the system for 17 years until 1981, by which time it was outmoded by the DiscoVision (Laserdisc) and emerging Betamax and VHS videocassette formats. Sales for the system were nowhere near projected estimates, and by 1986, RCA had discontinued the project, losing an estimated $600 million in the process. RCA had initially intended to release the SKT425 CED player with their high end Dimensia system in 1984, but cancelled the CED player as part of the system just prior to the release of the Dimensia system.

The format was commonly known as “videodisc”, leading to much confusion with the contemporary Laserdisc format. Laserdiscs were read optically with a laser beam, whereas CED videodiscs were read physically with a stylus, rather like a conventional gramophone record. The two systems were mutually incompatible.

The name “SelectaVision” was RCA’s brand name for the CED system. It was also used for some early RCA brand VCRs, and other experimental projects at RCA.