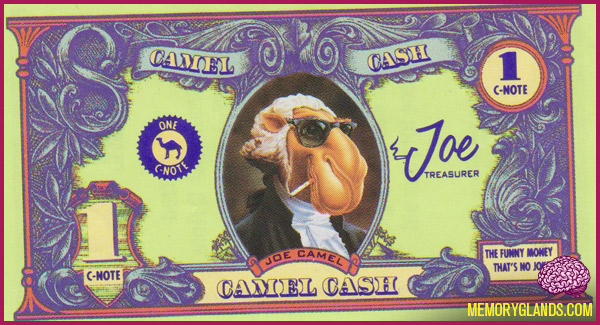 Notwithstanding the message telling smokers not to look for premiums or coupons on Camels, the brand nonetheless featured such a promotion called “Camel Cash”. Camel Cash, or “C-Note” (C-Note = 5 US cents), is a coupon stuck to the back of filtered varieties of Camel cigarettes. It was made to resemble currency and could be exchanged for items from Camel’s Camel Cash catalogue. The artwork changed many times over the years, and in the past included the face of Joe Camel, the controversial cartoon camel, much in the same way as presidents are featured on American currency. Camel Cash redemption expired on March 31, 2007.