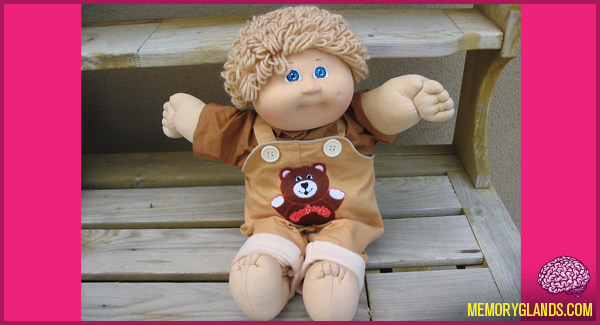 Cabbage Patch Kids is a line of dolls created by Xavier Roberts in 1978. It was originally called “Little People”. The original dolls were all cloth and sold at local craft shows, then later at Babyland General Hospital in Cleveland, Georgia. The doll brand went on to become one of the most popular toy fads of the 80s and one of the longest-running doll franchises in America.

I am a 25 year old male who is man enough to admit that I had a Cabbage Patch Kids doll when I was little. His name was Bruce. Wanna fight about it?