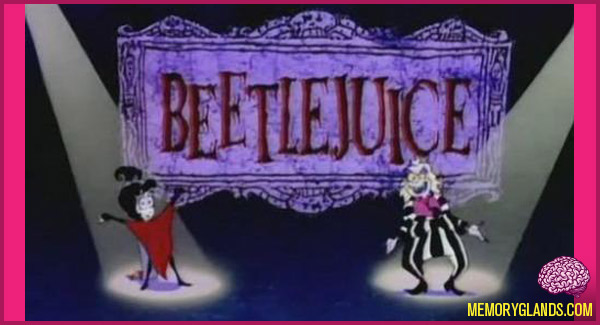 Beetlejuice is an American-Canadian animated television series which ran from September 9, 1989 to May 7, 1992 on ABC and, later on, on Fox. Loosely based on the 1988 homonymous film of the same name, it was developed and executive-produced by the film’s director, Tim Burton. The series focus on the life of Goth girl Lydia Deetz and her undead friend Beetlejuice as they explore the Neitherworld, a wacky afterlife realm inhabited by monsters, ghosts, ghouls and zombies. Danny Elfman’s theme for the film was arranged for the cartoon by Elfman himself.