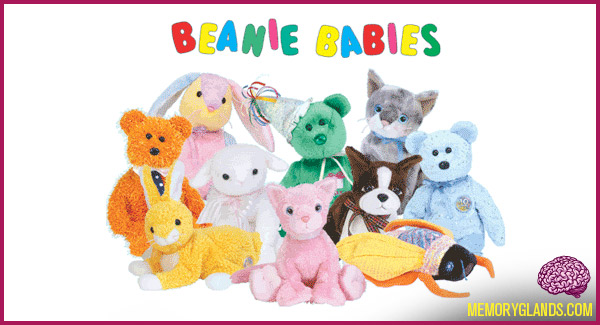 A Beanie Baby is a stuffed animal, made by Ty Warner Inc., which was later renamed as Ty Inc. in late 1993. Each toy has an inner “posable lining” and is stuffed with plastic pellets (or “beans”) rather than conventional stuffing giving Beanie Babies a flexible feel.

The original nine Beanie Babies launched in 1993 were Legs the Frog, Squealer the Pig, Spot the Dog, Flash the Dolphin, Splash the Whale, Chocolate the Moose, Patti the Platypus, Brownie the Bear (later renamed “Cubbie”), and Punchers the Lobster (later renamed “Pinchers”).

Ty, Inc. stopped producing the product in 1999; but consumer demand led them to reconsider. In 2000, a Beanie Baby named “The Beginning” was introduced to remind people of Beanie Babies’ comeback.