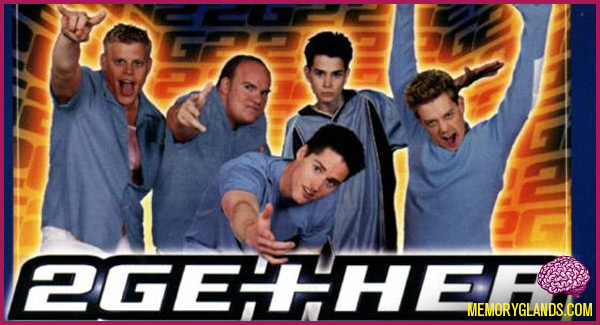 2gether was an American fictional boy band whose composition, songs, and formation story is a satirical approach to the boy bands of the 1990s, such as New Kids on the Block, *NSYNC and Backstreet Boys. They were part of a self-titled MTV TV movie and spin-off television series.