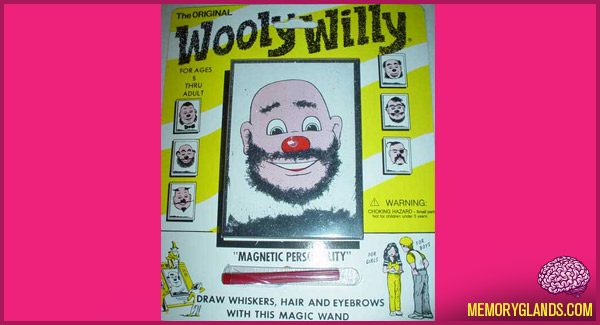 Wooly Willy is a toy in which metal filings are moved about with a magnetic wand to add features to a cartoon face. The toy was originally manufactured in Smethport, Pennsylvania and was launched on the toy market in 1955. It remains in production as of 2010.