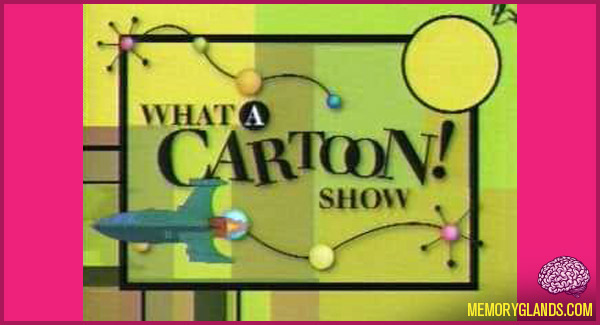 What a Cartoon! (promotionally known as World Premiere Toons, later known as The What a Cartoon! Show and then, The Cartoon Cartoon Show), was an American animation showcase project created by Fred Seibert for Hanna-Barbera Cartoons to be run on Cartoon Network. The project consisted of 48 short cartoons, intended to return creative power to animators and artists, by recreating the atmospheres that spawned the great cartoon characters of the mid-20th century. Each of 48 short cartoons mirrored the structure of a theatrical cartoon, with each film being based on an original storyboard drawn and written by its artist or creator.

The shorts from the project first aired on February 20, 1995 and promoted as World Premiere Toons. During the original run of the shorts the series was retitled as The What a Cartoon! Show until the final short aired November 28, 1997. The project served as the launching point for multiple successful Cartoon Network series, including Dexter’s Laboratory, Johnny Bravo, Cow and Chicken, I Am Weasel, The Powerpuff Girls, and Courage the Cowardly Dog. The series is influential for birthing a slew of original Cartoon Network hits and helping to revive television animation in the 1990s.