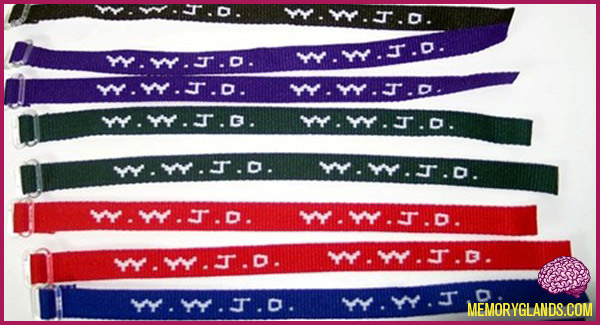 The phrase “What Would Jesus Do?” (often abbreviated to WWJD) became popular in the United States in the 1990s and as a personal motto for adherents of Evangelical Christianity who used the phrase as a reminder of their belief in a moral imperative to act in a manner that would demonstrate the love of Jesus through the actions of the adherents.