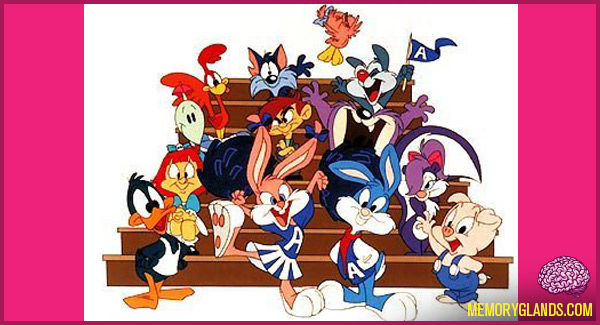 Steven Spielberg Presents Tiny Toon Adventures, usually referred to as Tiny Toon Adventures, is an American animated television series created by Tom Ruegger and produced by Amblin Entertainment and Warner Bros. Animation. It began production as a result of Warner Bros. reinstating its animation studio in 1980 after a decade of dormancy. During the 1980s, the new studio only worked on revivals of the classic characters; meaning that Tiny Toon Adventures was the first of many original animated series from the studio. The cartoon was the first animated series produced by the collaboration of Steven Spielberg and Warner Bros. Animation during the animation renaissance of the late 1980s and early 1990s. The pilot episode titled “The Looney Beginning” aired as a prime-time special on CBS on September 14, 1990; while the series itself was featured in first-run syndication for the first two seasons. In 1992, the show was licensed exclusively to Fox Kids, and later to Kids WB. Regular episodes ended production in 1992 in favor of Animaniacs, however, two specials were produced in 1994 and 1995.