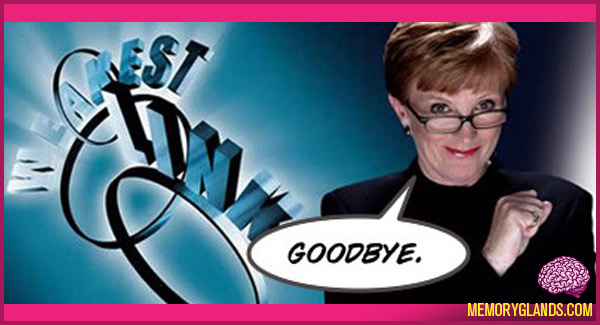 The Weakest Link is a television game show which first appeared in the United Kingdom on BBC Two on August 14, 2000 and ended on March 31, 2012 when its host Anne Robinson ended her contract. The original British version of the show still airs around the world on BBC Entertainment. The format has been licensed across the world, with many countries producing their own series of The Weakest Link. As with the original British version, all of the hosts wear black clothing (or sometimes dark colors with black).