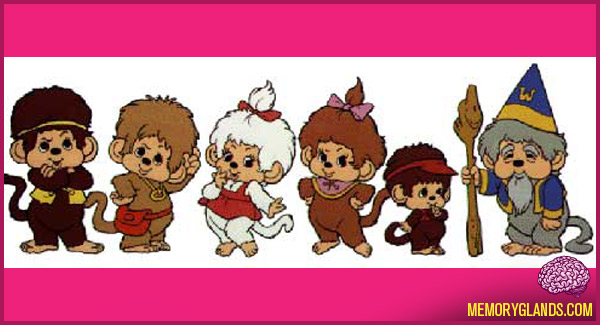 Monchhichi is a line of Japanese stuffed toy monkeys from the Sekiguchi Corporation. They are licensed by Mattel in the United States. Two television series were produced based on the characters, the Japanese anime series Monchhichi Twins in 1980, and the American cartoon series Monchhichis in 1983.