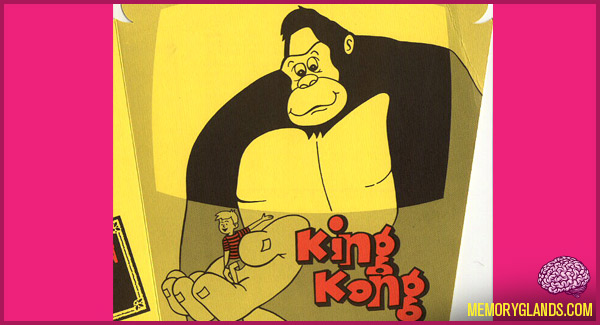 The King Kong Show is an American/Japanese children’s animated television series produced in 1966 by Videocraft of the USA, and Japan’s Toei Animation and is the first anime series produced in Japan for an American company (not counting Rankin/Bass’ previous Animagic stop motion specials, also animated in Japan). ABC ran the series in the US between September 10, 1966, and August 31, 1969.

This series is an animated adaptation of the famous movie monster King Kong with character designs by Jack Davis and Rod Willis. In this series, the giant ape befriends the Bond Family, with whom he goes on various adventures, saving the world from monsters, robots, aliens, mad scientists and other threats.