The Joy Of Painting 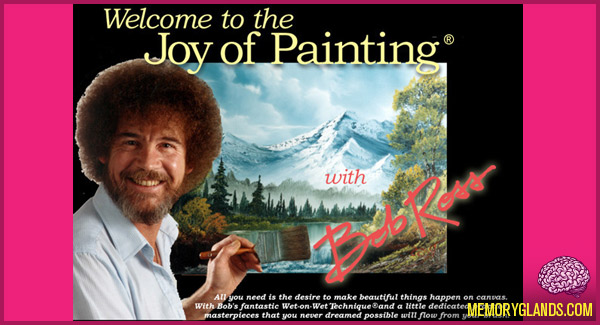 The Joy Of Painting was an American television show hosted by painter Bob Ross that taught its viewers basic techniques for landscape oil painting. Although Bob Ross could complete a painting in half an hour, the intent of the show was not to teach viewers speed painting. Rather, he intended for viewers to learn certain techniques within the amount of time that the show was allowed. The show lasted until 1994, a year before Ross’s death.

The show continues to be broadcast in syndication on public television stations, and continues a multi-million dollar spin-off business bearing Ross’s name that sells art accessories related to the show.