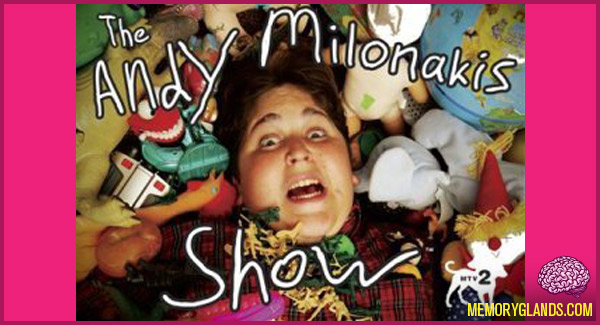 The Andy Milonakis Show is an American sketch comedy starring Andy Milonakis, which aired on MTV2, the first season having aired on MTV. The program premiered on June 26, 2005 and ended with its three-season run when it was cancelled on May 1, 2007.

What you may not know is that Andy Milonakis suffers from a congenital growth-hormone condition that gives him the outward appearance and voice of an adolescent, when in fact, he is a full grown adult (now 35 years old).