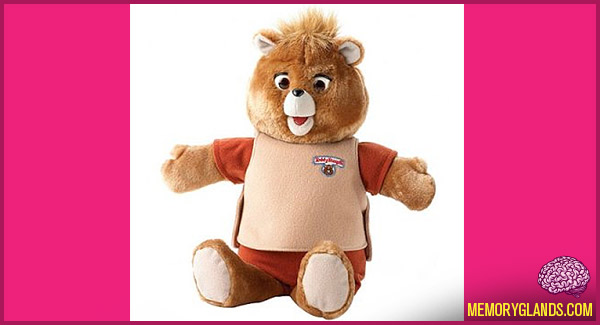 Teddy Ruxpin is a children’s toy talking bear. The bear would move his mouth and eyes while ‘reading’ stories which were played on an audio tape cassette deck built into his back. It was created by Ken Forsse with later assistance by Larry Larsen and John Davies. Later versions would use a digital cartridge in place of a cassette. At the peak of his popularity, Teddy Ruxpin became the best-selling toy of 1985 and 1986, and the newest version was awarded the 2006 Animated Interactive Plush Toy of the Year by Creative Child Magazine. A cartoon based on the characters debuted in 1987.