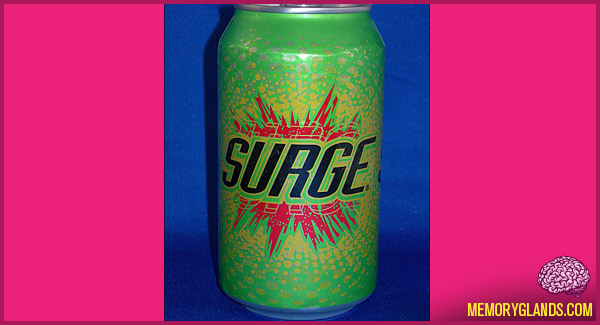 Surge was a citrus soft drink first introduced in Norway, under the name Urge (1996), by the Coca-Cola Company to compete with Pepsi’s Mountain Dew. In 1996, Coca-Cola decided to start producing Urge in the United States under the name Surge, although in Denmark, Norway and Sweden, the name remained the same. In the USA, the product did very well for the first few years, but eventually started to slip in sales. The Coca-Cola company has since ceased production of this beverage in the USA, Denmark and Sweden in 2001, and stopped making the syrup for fountains in 2002.