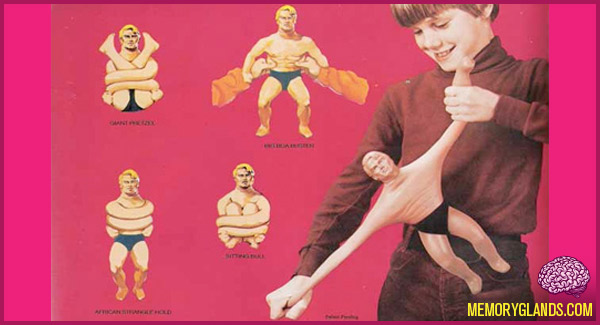 Stretch Armstrong was a large, gel-filled action figure first introduced in 1976 by Kenner. Stretch Armstrong was in the shape of a well-muscled blonde man wearing a pair of swimming trunks. Its most notable feature was that the doll could be stretched from its original size (about 15 inches) to four or five feet. However, if a tear did develop it could be fixed with an adhesive bandage.

A vacuum pump which attached to the heads of these figures removed the air from within, which would “freeze” the toy in its stretched position. The doll was reissued in the 1990s with a canine sidekick, “Fetch Armstrong”. He also has an evil brother named Evil X-ray Wretch Armstrong who has a skull face, sports a mohawk and also stretches. Wretch Armstong seems to be a redesigned, smaller remake of Stretch X-Ray. 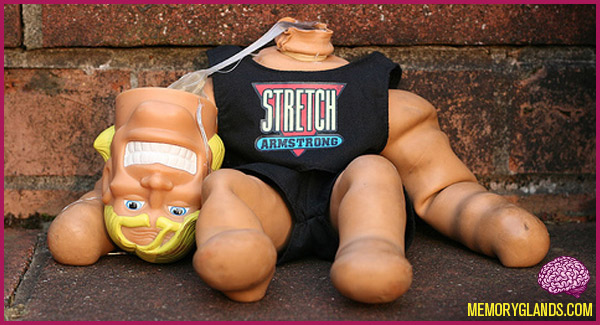