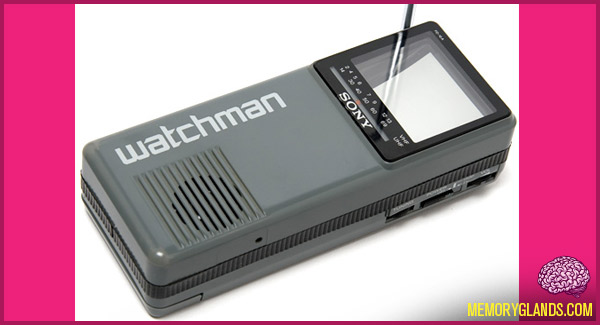 The Sony Watchman is a line of portable pocket televisions trademarked and produced by Sony. The initial model was introduced in 1982 as the FD-210, which had a grayscale five centimeter display. The device weighed around 650 grams, with a measurement of 87 x 198 x 33 millimeters. The device was sold in Japan with a price of 54,800 yen. Roughly two years later, in 1984, the device was introduced to Europe and North America.