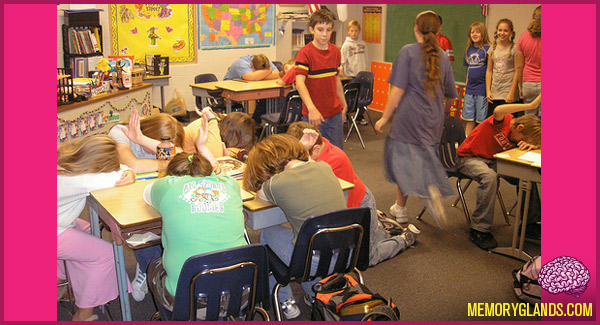 Seven Up (sometimes called “Heads Up, Seven Up”, “Heads Up, Thumbs Up”, “Thumbs Up, Seven Up”, or “Heads Down, Thumbs Up”) is a traditional children’s game that is played in primary school. The goal is for each selected participant to correctly guess the person who pressed down his or her thumb. It takes a minimum of 14 children to play the game in its truest sense, but if there is a smaller group to start with, fewer than seven can be picked at the start. The game was known prior to 1859, where it was referred to as “seven up” in the Mark Twain story River Intelligence.

The game is often used by teachers as a relatively quiet indoor pastime for schoolchildren when they cannot go outside to play at recess or lunchtime due to rainy or other inclement weather.