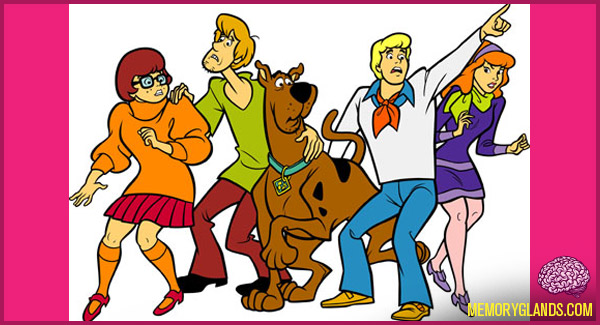 Scooby-Doo is an American media franchise based around several animated television series and related works produced from 1969 to the present day. The original series, Scooby-Doo, Where Are You!, was created for Hanna-Barbera Productions by writers Joe Ruby and Ken Spears as a Saturday morning cartoon series in 1969. Hanna-Barbera and its successor Warner Bros. Animation have produced numerous follow-up and spin-off animated series and several related works, including television specials and telefilms, a line of direct-to-video films, and two Warner Bros.-produced feature films. Some versions of Scooby-Doo feature different variations on the show’s supernatural theme, and include characters such as Scooby’s cousin Scooby-Dum and nephew Scrappy-Doo in addition to or instead of some of the original characters.

Scooby-Doo was originally broadcast on CBS from 1970 to 1976 when it moved to ABC. ABC aired the show until canceling it in 1986, and presented a spin-off featuring the characters as children, A Pup Named Scooby-Doo, from 1988 until 1991. The original series format was revived and updated for The WB Network’s Kids’ WB programming block as What’s New Scooby-Doo?, which ran from 2002 to 2006, when another new series, Shaggy & Scooby-Doo Get a Clue!, began running on the The CW network until 2008. The current Scooby-Doo series, Scooby-Doo! Mystery Incorporated, premiered on Cartoon Network in July 2010. Repeats of the series are broadcasted frequently on Cartoon Network and Boomerang in the United States and other countries.