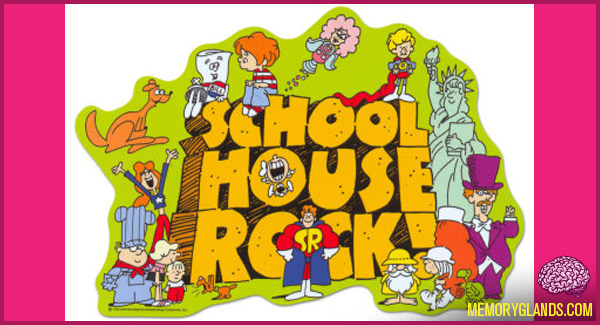 Schoolhouse Rock! is an American series of animated musical educational short films that aired during the Saturday morning children’s programming on the U.S. television network ABC. The topics covered included grammar, science, economics, history, mathematics, and civics. The series’ original run lasted from 1973 to 1985, and was later revived with both old and new episodes airing from 1993 to 1999. Additional episodes were produced as recently as 2009 for direct-to-video release.