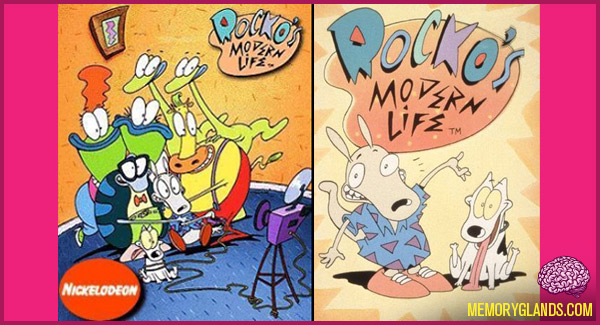 Rocko’s Modern Life is an American TV animated series, the fourth of Nickelodeon’s Nicktoons, created by Joe Murray and aired for four seasons from 1993 to 1996. Rocko’s Modern Life was based around the surreal, parodic adventures of an anthropomorphic wallaby named Rocko, and his life in the city of O-Town. The show is laden with double entendres, innuendos, and social commentary.