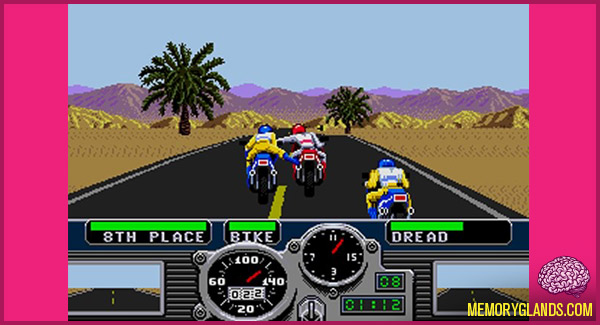 Road Rash is the name of a motorcycle-racing video game series by Electronic Arts, in which the player participates in violent illegal street races. The game was originally released for the Sega Mega Drive/Genesis, but was ported to several other systems. Six different games were released from 1991 to 1999, and a 2004 licensed port for the Game Boy Advance was released. Road Rash and two of its sequels later appeared on the EA Replay collection for the PSP.

The game’s title is based on the slang term for the severe friction burns that can occur in a motorcycling fall where skin comes into contact with the ground at high speed.