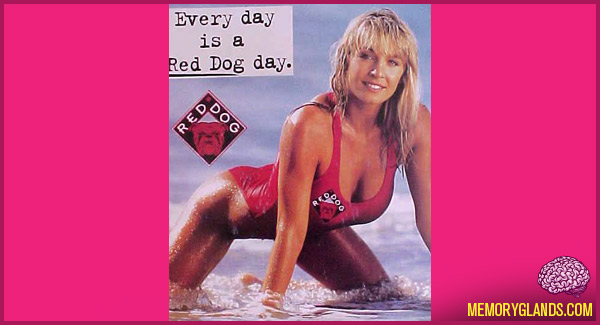 Red Dog is a beer produced by the Miller Brewing Company and is part of their Plank Road Brewery Family. The beer contains 5.00% Alcohol by volume. Red Dog was introduced in 1994 and is brewed with two barley malts and five varieties of American hops. “Plank Road Brewery” was the name of Frederick Miller’s first brewhouse in the 19th century. The Plank Road name was resurrected in the 1990s to sell Icehouse and Red Dog as a more premium beer under a different name, so as not to directly associate them with Miller Brewing. Although popular during the mid-to-late 1990s, Red Dog faded into near-obscurity after the turn of the 21st century. However, since 2005 it has been making a comeback of sorts, returning to stores in a current price segment between Miller High Life and Milwaukee’s Best.