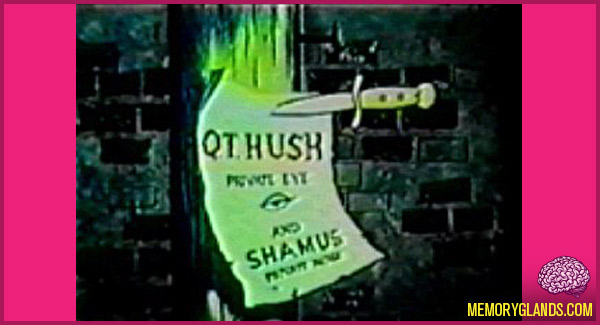 Q.T. Hush is an American animated cartoon produced in 1960 and appearing in syndication, beginning on September 24, 1960. The show’s 100 five-minute episodes, all in color, were directed by veteran animator Ken Southworth, and produced by a company called Animation Associates. The main character was voiced by veteran voice actor Dallas McKennon. All of the episodes survive.