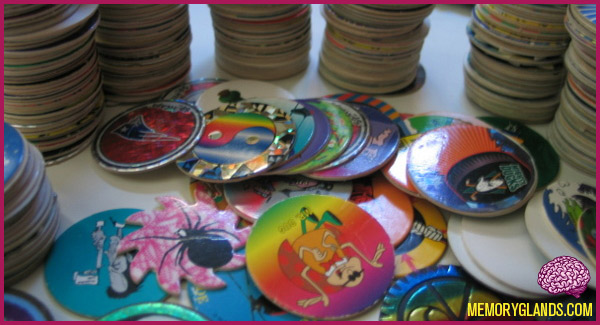 Pogs is a game that was popularized during the 1990s. The word “pog” also refers to the discs used to play the game. The name originates from POG, a brand of juice made from passionfruit, orange and guava; the use of the POG bottle caps to play the game pre-dated the game’s commercialization. The game of pogs possibly originated in Hawaii (Maui, Hawaii) in the 1920s or 1930s, or possibly with origins in a game from much earlier: Menko, a Japanese card game very similar to Pogs, has been in existence since the 17th century. Pogs returned to popularity when the World POG Federation and the Canada Games Company reintroduced them to the public in the 1990s. The Pog fad soared, and peaked in the mid 1990s before rapidly fading out.