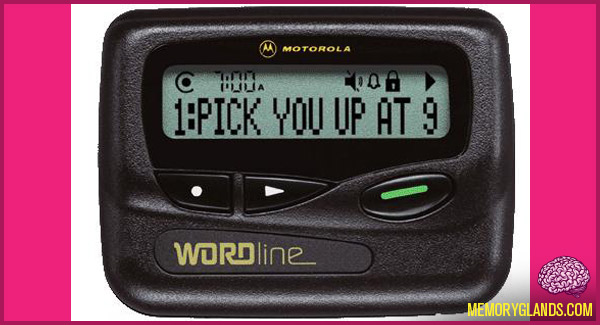 A Pager (often called a beeper) is a simple personal telecommunications device for short messages. A one-way numeric pager can only receive a message consisting of a few digits, typically a phone number that the user is then requested to call. Alphanumeric pagers are available, as well as two-way pagers that have the ability to send and receive email, numeric pages, and SMS messages.

The first practical pager was introduced in 1950 by physicians in the New York City area. The first pager system had a range of approximately 40 km (25 mi) and the physicians paid $12 per month for the service. The actual pager device was developed and manufactured by Reevesound Company of New York and weighed approximately 200 grams (6 oz).

Until the popular adoption of mobile phones in the 1990s, pagers filled the role of common personal and mobile communications. Today, pagers mainly support the “critical messaging” markets.