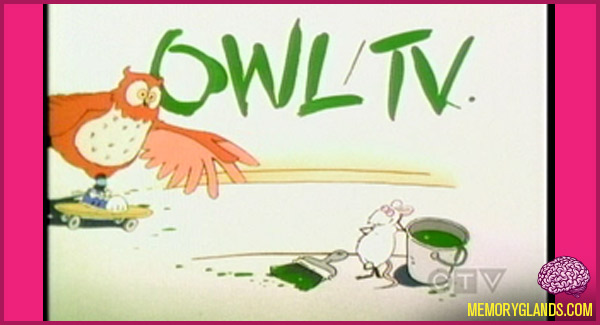 OWL/TV is a children’s educational television series that aired on the CBC, and then later on CTV, from 1985 to 1994. Its focus is nature and science discovery, emphasizing to viewers how they can have an impact on their own environment. PBS, BBC, ITV and Showtime also aired the show for a brief period. Reruns of the show have aired on YTV, and CTV.