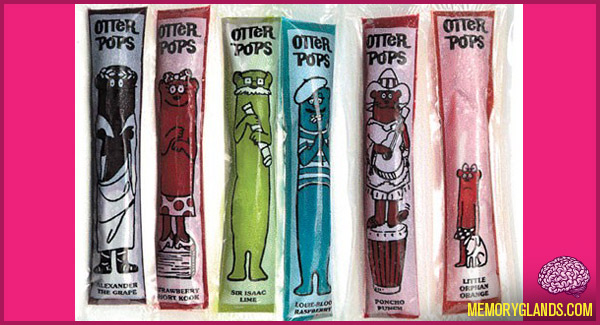 Otter Pops are a brand of frozen snacks sold in the United States. The product consists of a plastic tube filled with flavored sugary liquid. After freezing, one end of the tube is cut off, allowing the frozen juice to be eaten, something like a Popsicle without a stick.

Otter Pops were introduced by National Pax in 1970, to rival Jel Sert’s similar product, Fla-Vor-Ice. In 1996, Jel Sert acquired the rights to Otter Pops, as well. During the 2000s, Jel Sert modified the recipe for Otter Pops to add more fruit juice. The new formula equates to three grams of sugar and 15 calories in each one-ounce serving. The company’s manufacturing facilities are located in Chicago. Otter Pops come in eight flavors, each named after a different character: