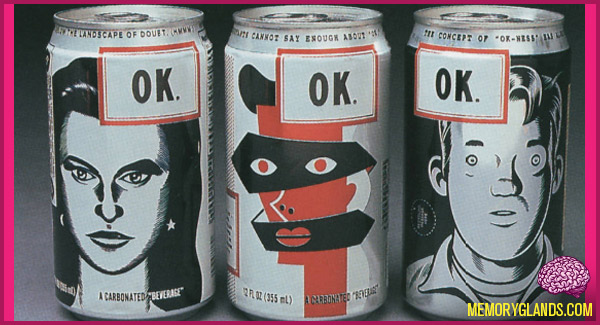 OK Soda was a soft drink created by The Coca-Cola Company in 1993 that aggressively courted the Generation X demographic with unusual advertising tactics, including endorsements and even outright negative publicity. It did not sell well in select test markets and was officially declared out of production in 1995 before reaching nation-wide distribution. The drink’s slogan was “Things are going to be OK.”