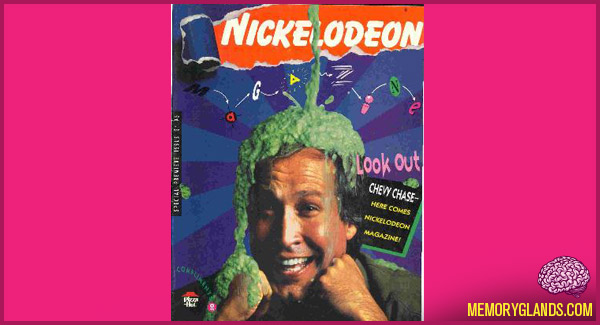 Nickelodeon Magazine was a children’s magazine based on the Nickelodeon cable channel. Its first incarnation appeared in 1990, and was distributed at participating Pizza Hut restaurants; this version of the magazine only saw two issues. The magazine returned in Summer 1993 with different type of content, primarily humor and comics. Originally published on a quarterly basis, it switched to bi-monthly with the February/March 1994 issue. It then went to 10 times per year starting March 1995, with a bi-annual December/January and June/July issue.

In spite of being related to the network it was named after, Nickelodeon Magazine covered all sorts of topics for kids, not just what was on the network. The magazine contained informative non-fiction pieces, humor, interviews, comics, pranks, and recipes (such as green slime cake).

The magazine’s mascot was Zelda Van Gutters, a Lakeland Terrier dog who appeared throughout the magazine with sarcastic asides on the articles. She was also the star of the magazine’s regular photo comic strip “Ruffing It”.