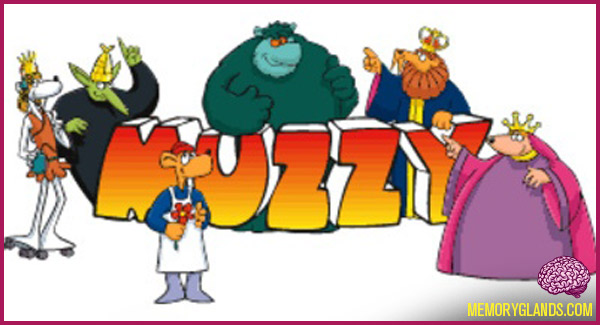 Muzzy in Gondoland (often shortened to simply Muzzy) is an animated film first created by the BBC in 1986 as a way of teaching English as a second language. Sometime afterwards, Early Advantage acquired the rights to Muzzy and translated it into Spanish, French, German, and Italian in order to teach these languages as seconds. The English version of Muzzy features the voices of Willie Rushton, Miriam Margolyes, Susan Sheridan, Derek Griffiths, Jack May and Benjamin Whitrow. It is unknown, however, who plays whom in the various dubbed versions of the film.
A sequel, Muzzy Comes Back was released in 1989.