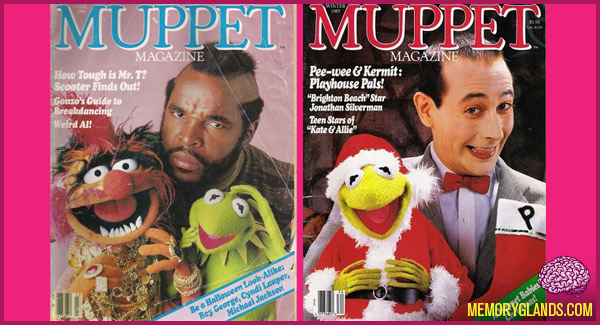 Muppet Magazine was a full-color quarterly publication that was launched in January 1983, shortly after the last Muppet Fan Club Newsletter had been distributed. From 1983 to 1989, each issue featured celebrity guests who were interviewed and photographed especially for the magazine. Other features included regular columns ostensibly written by Muppet characters, parody photographs of the Muppets as then-current pop culture figures, and original comic stories. The latter ranged from tales of The Muppet Show characters to original Fraggle Rock and Muppet Babies comics.