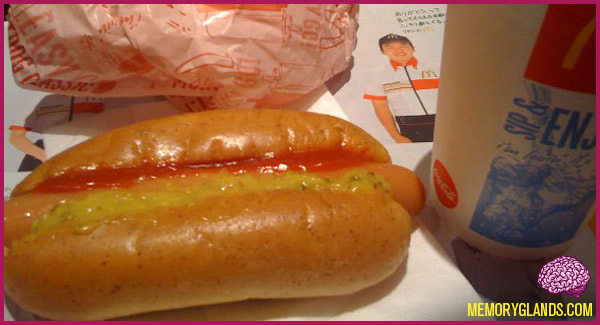 In his 1977 autobiography, CEO Ray Kroc prohibited the company from selling hot dogs, regardless of potential demand, as he regarded them as unhygienic; however, hot dogs were introduced in 1995 at some Midwestern located stores (at the option of the franchise-holder) as a summer item. UK stores sold hot dogs during the late nineties on the McChoice menu (later PoundSaver). Also, at least one American restaurant offered Oscar Mayer hot dogs at some time, notably in Bethel Park, Pennsylvania, and McDonald’s locations at Toronto Metro Zoo and SkyDome in Toronto offered hot dogs until 1999. In Tokyo locations, hot dogs were available in 2001, and have been reintroduced for 2009, dubbed the “McHot Dog.”