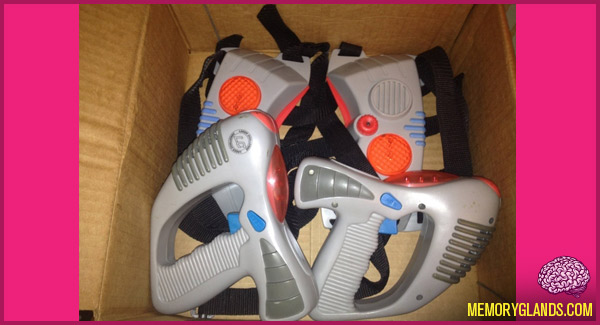 Laser tag is a team or individual sport or recreational activity where players attempt to score points by tagging targets, typically with a hand-held infrared-emitting targeting device. Infrared-sensitive targets are commonly worn by each player and are sometimes integrated within the arena in which the game is played. Since its birth in 1984, with the release of the Star Trek Electronic Phasers toy manufactured by the South Bend Electronics brand of Milton Bradley, laser tag has evolved into both indoor and outdoor styles of play, and may include simulations of combat, role play-style games, or competitive sporting events including tactical configurations and precise game goals.

Laser tag is popular with a wide range of ages. When compared to paintball, laser tag is painless because it uses no physical projectiles, and indoor versions may be considered less physically demanding because most indoor venues prohibit running or roughhousing.