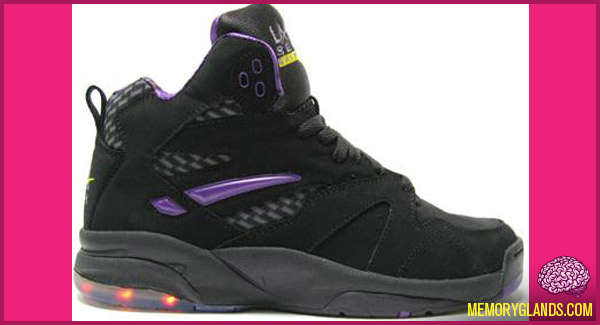 L.A. Lights: was one of L.A. Gear’s most successful lines, which came out in 1992. The line of kids LA Lights was launched at Foot Locker and Kids Foot Locker at $50 retail by LA Gear national account manager Jim Stroesser working closely with New York based BBC International, who owned the original patent for the light technology. LA Gear was selling over 5 million pairs of Kids “LA Lights” per year in the 1990’s despite other brands selling lighted technology in the lower distribution channels. Light technology for kids has been one of the most successful launches in the athletic shoe industry with over a 100 million pairs sold in all distribution channels.