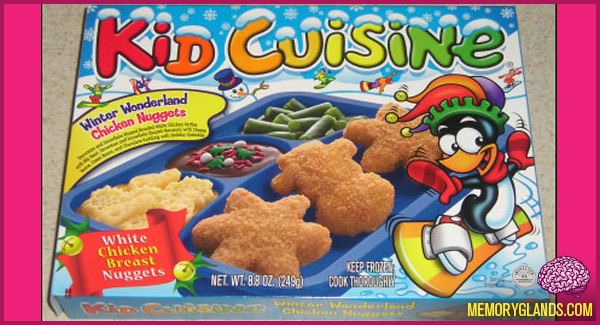 Kid Cuisine is a brand of pre-packaged frozen dinners targeted for children’s appetites, created in 1980.

The brand’s mascot is K.C. Penguin, an anthropomorphic cartoon. In the line’s early years, it was represented by a different penguin named BJ and his friend, a bear known as The Chef. Kid Cuisine is targeted to kids worldwide.