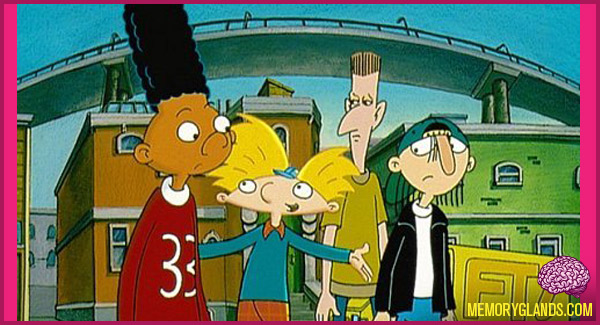 Hey Arnold! is an American animated television series created by Craig Bartlett for Nickelodeon. The series aired from October 7, 1996 until June 8, 2004. The show features a fourth grader named Arnold and his friends, and the predicaments they encounter.