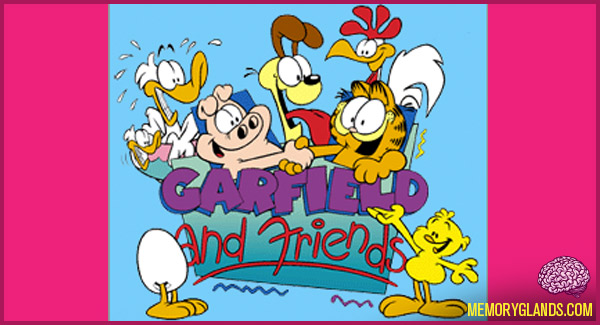 Garfield and Friends is an American animated television series based on the comic strip Garfield by Jim Davis. The show was produced by Film Roman, in association with United Feature Syndicate and Paws, Inc., and ran on CBS Saturday mornings from September 17, 1988 to December 17, 1994, with reruns airing until September 9, 1995. The show’s seven seasons make it one of the longest running Saturday morning cartoons in history, with most lasting no more than two or three seasons.