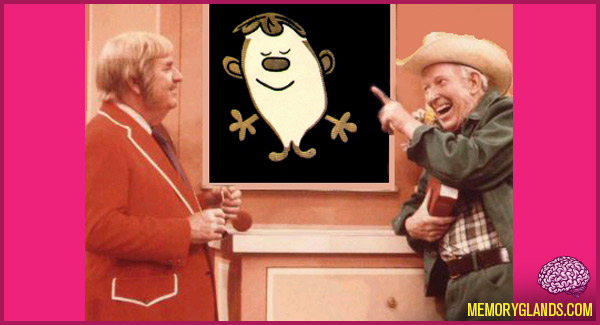 Fred was a character who appeared over the fictional Channel One on a TV set behind the Captain Kangaroo’s blackboard in the Treasure House. Puppeteer Maury Bunin created Fred utilizing Hank Stohl’s Aniforms concept. Aniforms utilized rubber outlines of the character, contained in a special case, that were manipulated by the puppeteer off camera using levers attached to the case. This was then caught on camera and chroma-keyed over a plain background and fed live into the TV set. Fred first appeared on the Saturday morning Captain Kangaroo show in 1965. Cosmo “Gus” Alligretti provided the voice of Fred. Using the Aniforms process, Fred was able to interact live with the Captain and others.