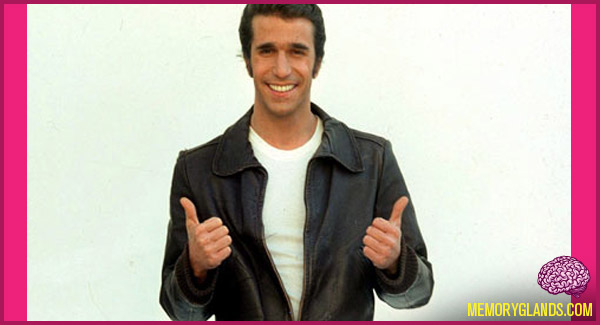 Arthur Herbert Fonzarelli (also Fonzie, The Fonz, or Fonz) is a fictional character played by Henry Winkler in the American sitcom Happy Days (1974–1984). He was originally a secondary character, but eventually became the lead. By the mid 1970s, he dwarfed the other characters in popularity.

In 1999 TV Guide ranked him number 4 on its 50 Greatest TV Characters of All Time list.