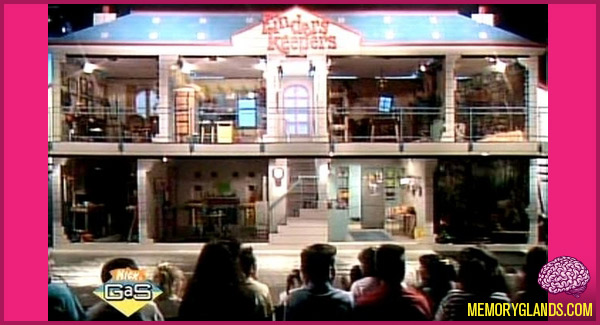 Finders Keepers is a children’s game show that debuted on Nickelodeon and later aired in first-run syndication. The show featured two teams of two children attempting to find hidden objects in different rooms of a house.

The Nickelodeon version premiered on November 2, 1987 and was hosted by Wesley Eure. Following this version’s cancellation, Larry Toffler hosted a syndicated version that premiered on September 12, 1988.

Converse was a major sponsor of the show during its run, and every contestant and stage crew member (including the host) wore a pair of the company’s shoes.