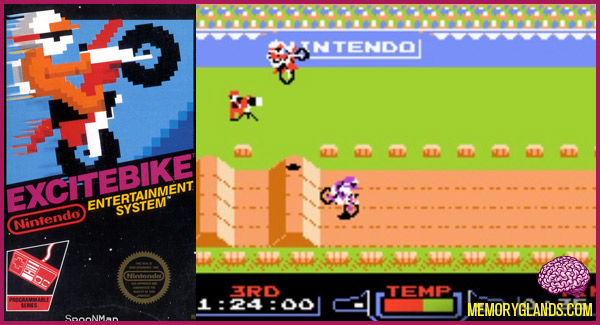 Excitebike is a motocross racing video game franchise made by Nintendo. It first debuted as a game for the Famicom in Japan in 1984 and as a launch title for the NES in 1985. It is the first game of the Excite series, succeeded by its direct sequel Excitebike 64, its spiritual successors Excite Truck and Excitebots: Trick Racing, and the WiiWare title Excitebike: World Rally. 3D Classics: Excitebike, a 3D remake of the original game, was free for a limited time to promote the launch of the Nintendo eShop in June 2011, and has since been available for $5.99.