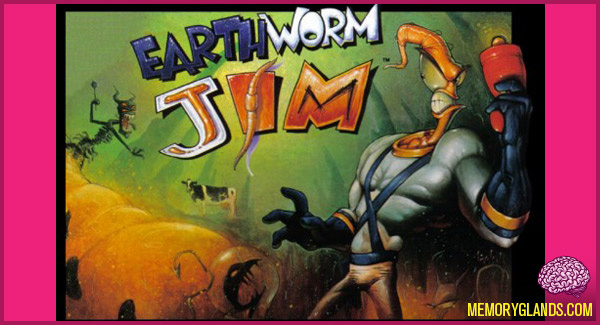 Earthworm Jim is a run and gun platform video game released in 1994 starring an earthworm named Jim in a robotic suit who battles evil. Created by Doug TenNapel and designed by David Perry, the game was developed by Shiny Entertainment, released for the Mega Drive/Genesis in 1994, and subsequently ported to the SNES, Game Boy, Game Gear, Sega Master System, and years later, the Game Boy Advance. Upon its release it was praised for its detailed animation, polished gameplay and surreal humor; it became the first game ever to receive a 100% review in GamesMaster magazine.