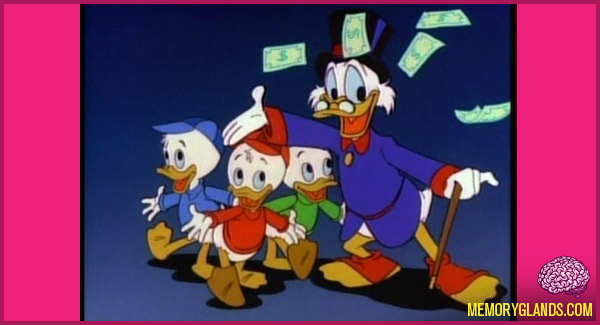 DuckTales is an American animated television series produced by Walt Disney Television Animation. Based on Carl Barks’ Uncle Scrooge comic book series, it premiered on September 18, 1987 and ended on November 28, 1990 with a total of 4 seasons and 100 episodes. An animated theatrical spin-off film based on the series, DuckTales the Movie: Treasure of the Lost Lamp, was released widely in the United States on August 3, 1990. The original cast from the series reprised their voice-over roles in the film.