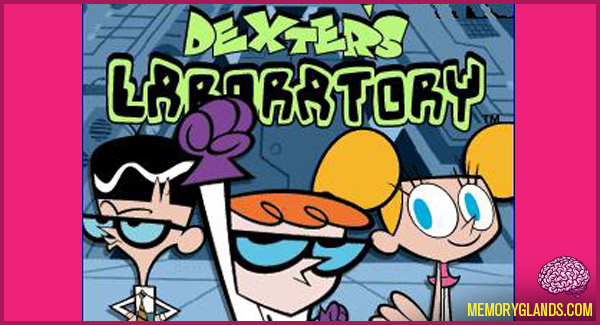 Dexter’s Laboratory (commonly abbreviated as Dexter’s Lab) is an American animated series created by Genndy Tartakovsky and produced by Cartoon Network Studios (also co-produced with Hanna-Barbera in 1996-2001). The show was about a boy named Dexter who had an enormous secret laboratory filled with an endless collection of his inventions. The series premiered in the United States on Cartoon Network on April 28, 1996 and ended on November 21, 2003. As of 2006, Cartoon Network’s sister channel Boomerang now reruns the show. The show returned to Cartoon Network in reruns on November 8, 2010 until March 4, 2011.

The series initially debuted on The Cartoon Cartoon Show as a cartoon short and later became the first of said program to be adapted into its own stand-alone show, as well as Cartoon Network’s second original television series (after Space Ghost: Coast to Coast). Each twenty-two minute episode consisted of two to three segments (with the exception of the series finale). Dexter’s Laboratory originally ended in 1998, but it was later revived for a TV movie, and, even later, two more seasons.

Dexter’s Laboratory was notable for helping launch the careers of several cartoon creators such as Seth MacFarlane.