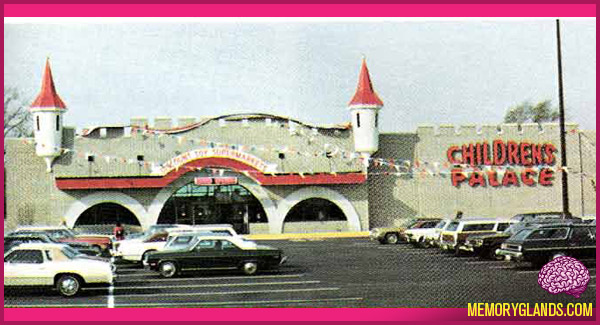 Child World was an American chain of toy stores that was founded in Avon, Massachusetts in 1970. Child World once boasted 182 stores and revenues of approximately $830 million annually. From 1977 until its closure Child World also operated the Children’s Palace chain of stores after acquiring it from Kobacker Stores, and later incorporated most of the aesthetic design features from the latter chain into Child World stores.